Official Announcement Made in Recognition of Powersports Industry WeekSM

The American International Motorcycle Expo presented by Nationwide (AIMExpo) has received a proclamation from the Board of Commissioners of Clark County and County Commissioner Lawrence Weekly in recognition of the inaugural Powersports Industry Week℠. The first of its kind, this celebration of motorcycling and the greater powersports marketplace will bring together three of the industry’s most prominent events in the bustling city of Las Vegas, October 11-14. 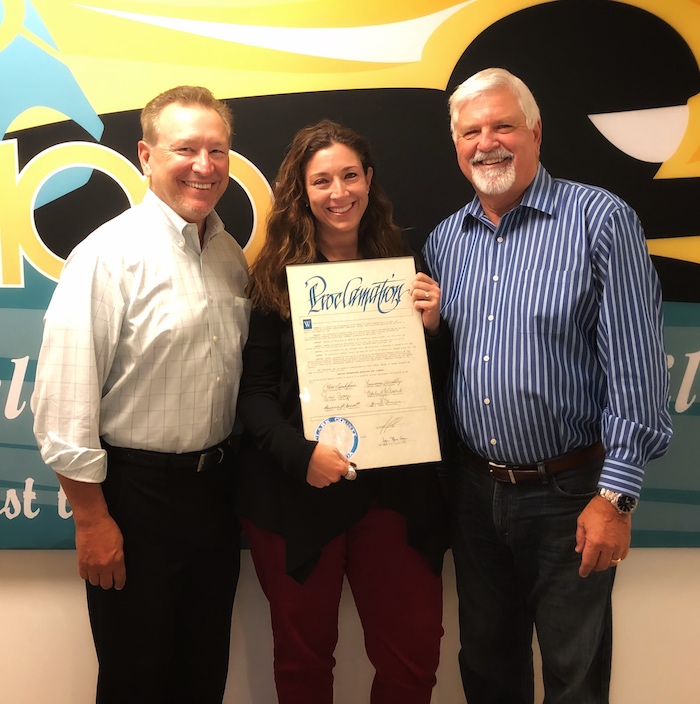 “The city of Las Vegas eagerly awaits the arrival of Powersports Industry Week℠, where upwards of 90,000 motorcycle enthusiasts will descend on Clark County and the famed Las Vegas Strip for three of the most globally renowned events in motorcycling,” said Clark County Commissioner Lawrence Weekly. “The annual festivities surrounding Las Vegas BikeFest and the Monster Energy Cup will be joined by the debut of the American International Motorcycle Expo at Mandalay Bay, at the heart of The Strip. These four days will provide an incredible economic benefit to Clark County and this official proclamation in recognition of Powersports Industry WeekSM represents how significant this collection of events and gathering of enthusiasts will be for the city of Las Vegas.”

AIMExpo presented by Nationwide will serve as the centerpiece of Powersports Industry Week℠ with its all-inclusive platform that will bring dealers, media, consumers, and other trade members of the powersports marketplace to the Mandalay Bay Convention Center for the first time. October 11th and 12th will welcome trade and media attendees before the show opens its doors to the public on October 13th and 14th. There will truly be something for everyone with every segment of the powersports industry represented at AIMExpo presented by Nationwide – motorcycle, scooter, ATV, SxS, personal watercraft, electric, on-road, off-road and more. 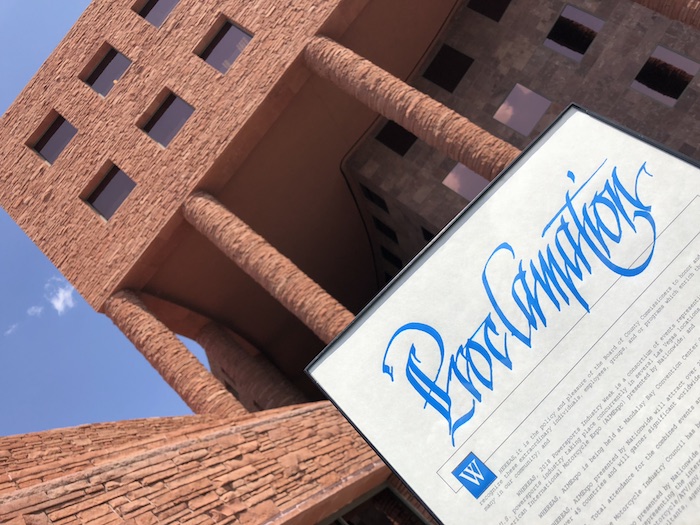 “AIMExpo is a phenomenal addition to Powersports Industry Week℠ in Las Vegas, which features some of the world’s most thrilling events for motorsports enthusiasts,” said Las Vegas Convention and Visitors Authority Vice President of Sales, Chris Meyer, CEM, CMP. “ We are confident the energy and excitement of Las Vegas will echo throughout the show floor and beyond with dozens of driving events and attractions gearing up for nonstop action and entertainment. AIMExpo’s first appearance in Las Vegas is surely an occasion industry professionals won’t want to miss and we look forward to welcoming this group to our destination.”

The annual fall tradition of Las Vegas BikeFest will coincide with AIMExpo presented by Nationwide, and will take place in famed Downtown Las Vegas. From live entertainment by acts like Puddle of Mudd and Foghat, to an array of contests, awards shows and interactive events for attendees, BikeFest is a one-of-a-kind celebration of the motorcycle lifestyle.

“The inaugural Powersports Industry Week℠ is going to be a great opportunity for the motorcycle world to descend upon Las Vegas and celebrate everything that makes being aboard two wheels so exciting,” said Mindi Cherry, CEM, Vice President at ConVexx and Event Manager of Las Vegas BikeFest. “BikeFest is privileged to kick off the week alongside AIMExpo, and we have an extensive lineup of entertainment and activities, along with a collection of the coolest bikes in the country that will bring people to historic downtown Las Vegas throughout the weekend. We’re looking forward to hosting thousands of motorcycles from all parts of North America and beyond.”

On Saturday, October 13, the stars of the motocross racing world take center stage at the annual Monster Energy Cup at Sam Boyd Stadium. The de facto all-star showcase of the sport’s premier talent, it is the only motorcycle racing event in the world to offer a $1 million grand prize and serves as sneak peek of the 2019 racing season. With a three main event format and a hybrid supercross/motocross track built in and around Sam Boyd Stadium, it’s a racing spectacle for all enthusiasts.

“We are thrilled that the Monster Energy Cup has become the evening spectacle for Powersports Industry Week℠,” said Dave Prater, Senior Director of Operations – Two Wheel, Feld Entertainment. “This year marks the eighth running of the Monster Energy Cup here in Las Vegas, and for it now to become part of a larger fan-centric powersports industry event is just a big win for everybody. Being that this is our sport’s marquee All-Star event of the season, it always draws the biggest names in Supercross.  Watching the best-of-the-best compete under the bright lights of Las Vegas and Sam Boyd Stadium will be a fitting way to put the spotlight on racing during a week dedicated to motorcycle enthusiasts.”

Collectively, Powersports Industry Week℠ will bring the three core pillars of motorcycling and the greater powersports marketplace – business, lifestyle, and racing – together in a way that has never been seen before.

“AIMExpo presented by Nationwide will anchor the inaugural Powersports Industry Week℠, and we’re fortunate to have two exceptional partners for this groundbreaking event in ConVexx and Feld Entertainment,” said Mike Webster, Senior Vice President, MIC Events. “Together we will make Las Vegas the epicenter of motorcycling for four incredible days filled with the most diverse mix of activities and personalities in all of motorcycling and powersports.”

@bridgestonemotousa is just one of the many great

The difficult or impossible challenge for motorcyc

The 2022 Suzuki GSXR comes packed with all new fea

@liqui_moly_worldwide will be attending the 2023 L